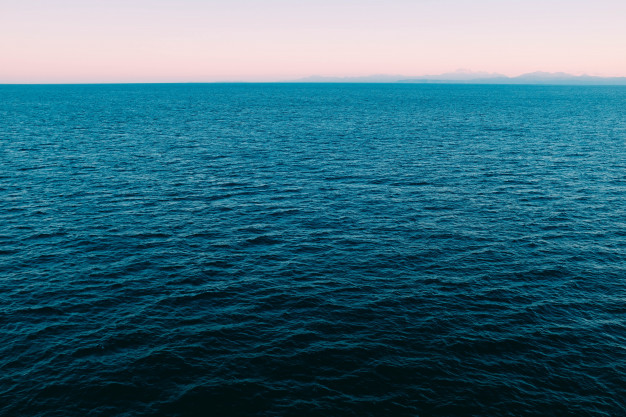 Is Red Sea warming exceeding the global rate a matter of climate change?

The warmest semi-enclosed sea in the Northern Hemisphere is more warming than the global average. The Red Sea basin experienced a rapid warming, at an overall rate of 0.17 ± 0.07 °C per decade, exceeding the global warming rate of 0.11°C per decade. The research team from the King Abdullah University of Science and Technology (KAUST) HERE, mention as major concern that ocean warming with climate change is creating challenges for organisms. WUWT etc. picked up the story.

Of more interest is the notion “that the impacts of warming are likely to be greatest in semi-enclosed seas, which tend to support warming rates faster than average”, if the researcher would have at least tried to say: Why? Unfortunately they do not, although it is worth a bet that intensive shipping is a serious contributor to the excessive Red Sea warming. Several hundred sizable vessels navigate the Rad Sea at any time. Down to 15 meters each sizable vessel stirs the water up-side-down. The ships wake is evident.  In the light of our last post concerning the increased North Sea warming: “Off shore wind farm impact is not natural variability”, some consideration is inevitable.

To begin with, the North Sea and Red Sea have only one thing in common, both are regarded as semi-enclosed waters. In all other major features, depth, temperatures, seasonality and salinity, the differences are huge.  The Red Sea is about 2250 km long and, at its widest point, 355 km wide, with maximum depth of 3,040 m and an average depth of 490 m. While the ocean means temperature account for a mere 4°C, the Rd Sea offers a very different picture. The average surface water temperature during the summer is about 26 °C in the north and 30 °C in the south, with about  2 °C variation during the winter months.

The water body temperatures increase to about 27° at the bottom (Fig. 2 & 5). The overall average is 22 °C.  As the rainfall is extremely low, averaging six centimeter per year, the Red Sea is one of the saltiest bodies of water in the world, owing to high evaporation, with an average salinity of 40 ‰. Highly remarkable is the uniformity of the water body over all seasons, very different to the North Sea.

Actually there are not many options to explain the much higher warming of the Red Sea versus global ocean warming. The basic condition has certainly to do that we lock at a confined sea area. Excessive heat pushed into the sea body by shipping or other ocean uses remains in the region – at least for some time or over annual seasons-, different from open ocean space and coastal bights.

The high salinity of the sea surface layer, which increases the heaviness of the water, could increase the sinking ability of the water.
After all it there is a good chance – and necessity – to identify an serious contributor to excessive Red Sea warming: ocean use by shipping, fishing and deep sea exploration.  Offering more clarification in this respect the King Abdullah University of Science and Technology could serve the climate change debate greatly.