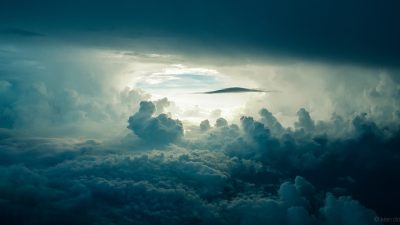 Source: WHATS UP WITH THAT?

Misuse of The Law; Another Battle in the Climate Wars

Maybe my first payment from Exxon for my climate views will arrive with the subpoena from the Attorney General (AG) of the Virgin Islands charging me under the Criminally Influenced and Corruptions Organizations Act (CICO) for trying to tell the truth. This is the Virgin Island’s version of the Racketeer Influenced and Corrupt Organizations Act (RICO). Most who contribute to WUWT, are included because at the public event,

My sarcasm is driven by cynicism because the AG’s actions are a sure sign of the failure of proponents of anthropogenic global warming (AGW). As Gandhi said,

Now they are fighting. Winning speaks to the war between the proper use of science and the use of science for a political agenda that manifests itself in all sorts of battles.

Two weapons of the science and climate wars are regulations and the law. They are used with increasing frequency by the losers as the evidence slowly reveals that one side is correct.

Proponents of AGW avoided the conflict initially by ignoring the scientific method, rules set in place to determine the truth in science. As Douglas Yates explained,

“No scientific theory achieves public acceptance until it has been thoroughly discredited.”

They bypassed this most basic rule in science, which underscores the paradox of rules. A dictionary definition of rules says they are

“one of a set of explicit or understood regulations or principles governing conduct within a particular activity or sphere.”

Rules are designed to make a system function efficiently and to achieve an objective. However, when people say they are going to work to rule, they are saying they will incapacitate a system by their interpretation of the rules. Proponents of AGW let the public believe they were working to rule, particularly the scientific method, knowing the public didn’t understand it. It’s a double deception of the sort deemed necessary and acceptable in war by those with an agenda seeking to avoid or distort the truth. The public weren’t the only ones fooled. A vast majority of scientists (97%?) simply assumed that other scientists were following the rules. Klaus-Eckart Puls made that assumption and was angry when he discovered the truth.

“Ten years ago I simply parroted what the IPCC told us. One day I started checking the facts and data – first I started with a sense of doubt but then I became outraged when I discovered that much of what the IPCC and the media were telling us was sheer nonsense and was not even supported by any scientific facts and measurements. To this day I still feel shame that as a scientist I made presentations of their science without first checking it.”

When you start to lose the war, the common initial reaction is to resist, dig in, and counterattack. AGW proponents did this in various ways as documented by many examples. A good example was the reaction to the leaked emails from the CRU known as Climategate. They initiated five inquiries. Clive Crook, senior editor of The Atlantic, wrote;

“I had hoped, not very confidently, that the various Climategate inquiries would be severe. This would have been a first step towards restoring confidence in the scientific consensus. But no, the reports make things worse. At best they are mealy-mouthed apologies; at worst they are patently incompetent and even wilfully wrong. The climate-science establishment, of which these inquiries have chosen to make themselves a part, seems entirely incapable of understanding, let alone repairing, the harm it has done to its own cause.”

Resistance includes refusing to correct serious errors, such as Al Gore’s failure to withdraw and revise his movie despite the identification of nine errors by a UK court. The attempts to stop the gradual exposure of the global warming deception by ignoring, bending, or breaking the general rules is failing. Whenever that happens, or a situation is really threatening the pattern is to misuse the formal societal rules – the law.

A definition of the law says it is,

any written or positive rule or collection of rules prescribed under the authority of the state or nation, as by the people in its constitution.

_zz_full the controlling influence of such rules; the condition of society brought about by their observance:

In other words, the law is a set of rules written to make a society function. When you want a society to fail, simply misuse the law.

Many individual climate skeptics who managed to get media attention with effective arguments became the first to receive lawsuits. At the first Heartland Institute Climate Conference in New York (2008) they honored me with sharing a keynote platform with Fred Singer. Over lunch Fred talked with me about the parallels between my lawsuits and the ones he and others received.

Now the situation is changing. Individuals are no longer the concern as many fight back, refusing to be bullied into silence by these Strategic Lawsuit against Public Participation (SLAPP). An interesting comment by a free speech website explains the extent of the application.

SLAPPs take the form of a variety of lawsuits. They commonly masquerade as defamation or business interference tort suits. Civil rights, anti-trust, and intellectual property laws have all been used to bring SLAPPs. However, SLAPP filers can be very creative. Recently, a union was SLAPPed by a corporation that alleged that the union’s organizing activities constituted a conspiracy under federal organized crime laws.

Meanwhile, the legal profession and some politicians became concerned about this misuse of the law. The law, a set of rules ostensibly designed to protect people, was being used to silence and harass. So far 28 US States enacted anti-SLAPP legislation. James Hansen, who put the entire issue of global warming on the world stage with his 1988 Senate Hearing, was calling for public trials of CEOs for crimes against humanity. He made his charges many times, but especially in a 2008 article. Hansen certainly had Al Gore’s ear from 1988 forward.

Senator Sheldon Whitehouse was one of the first to urge charging climate skeptics under the RICO laws. However, the idea became reality at a news conference on March 29, 2016, when a group of Attorneys General dubbed, the Green 20, supported charges filed by Claude Walker, AG of the Virgin Islands.

The wording of the subpoena makes clear that Virgin Islands’ attorney general Claude Walker will be utilizing the Racketeer Influenced and Corrupt Organizations (RICO) act to silence global warming skeptics and crush political opponents. Aside from serving ExxonMobil with a subpoena, Walker has also served one up to the Competitive Enterprise Institute (CEI.)

Al Gore appeared at the conference and spoke in support of the action of using “creative ways” to prosecute individuals, groups, and businesses.

There is a serious problem in the subpoena. It states

“Climate Change” refers to the general subject matter of changes in global or regional climates that persist overtime, whether due to natural variability or as a result of human activity.”

Presumably, the scientific basis of the subpoena is the work of the Intergovernmental Panel on Climate Change (IPCC). The definition given in the subpoena is the one the IPCC should have used. Instead, they limit their work to human causes of climate change.

The coalition, or Green 20, includes Attorneys General from California, Connecticut, District of Columbia, Illinois, Iowa, Maine, Maryland, Massachusetts, Minnesota, New Mexico, New York, Oregon, Rhode Island, Virginia, Vermont, Washington State and the U.S. Virgin Islands. I underlined the States with anti-SLAPP legislation. Presumably, it does not apply to this lawsuit. Certainly AGs from other States, many of who do not have anti-SLAPP legislation, agree the lawsuits are unjustified. The CEI legal response provides examples.

The Attorneys General of Alabama and Oklahoma stated that” Scientific and political debate” should not be silenced with threats of criminal prosecution by those who believe that their position is the only correct one and that all dissenting voices must therefore be intimidated coerced into silence.” They stated further that” it is inappropriate for state attorneys general to use the power of their office to attempt to silence core political speech on one of the major policy debates of our time.”

The Louisiana Attorney General observed that “it is one thing to use the legal system to pursue public policy outcomes; but it is quite another to use prosecutorial weapons to intimidate critics, silence free speech, or chill the robust exchange of ideas.”

Perhaps, one of the most pointed remarks came from the Kansas Attorney General who

“…questioned the” unprecedented” and” strictly partisan nature of announcing state law enforcement operations in the presence of the former vice president of the United States who, presumably as a private citizen, has no role in the enforcement of the 17 State[s] securities our consumer protection laws.”

These comments bring to mind the judgment of UK Court Justice Burton when ruling on the suitability of showing Gore’s movie in a classroom.

“Its theme is not merely the fact that there is global warming, and that there is a powerful case that such global warming is caused by man, but that urgent, and if necessary expensive and inconvenient, steps must be taken to counter it, many of which are spelt out.”

This anticipated Gore’s involvement with the charges filed under the CICO Act in the Virgin Islands. Among the charges is the claim that

The group alleges that Exxon knew rising carbon dioxide (CO2) emissions could cause catastrophic global warming, but suppressed the information.

The claim is confusing but addresses the duplicity of companies like Exxon to manoeuvre around the public relations problem instead of dealing with it purely on the basis of the science. I wrote about the failure of this tactic concerning Volkswagen and the software scandal in an articled titled Volkswagen: Crass Crony Corporate Capitalistic Capitulation.The charge is more appropriately applied to Exxon. Their entire business is based on climate and climate change. The fact they switch refining operations summer and winter based on driving demands and home heating are proof. It is both logical and necessary that they do climate research as part of R and D. Indeed, no smart investor would buy shares in an energy company not staying up to date on the latest climate research.

It is logical to assume that their professionals knew and understood the climate science. Presumably, the company made a decision to ignore the science and the evidence. As I wrote about business and industry in general,

They surrendered to the eco-bullying even promoting what they had to know, or could easily discover, was bad science. They abjectly backed away despite simple and plausible options – they became appeasers. Like all appeasers, they only created bigger problems for themselves and society.

This does not justify the misuse of the rules of science or the perversion of the law to achieve a political agenda. It illustrates that there is sufficient blame for the entire fiasco. Unfortunately, the AGs do not have a tiger by the tail.

So, millions of dollars are wasted, money better spent on resolving the real problems of hunger, unemployment, and lack of development. Sadly, and hypocritically, these are all problems the likes of Al Gore claim as their concerns. Meanwhile, as I wait for my Exxon payment and AG subpoena from the Virgin Islands, I use my time productively to help people understand the idiocy and cost of it all.

One thought on “This and That on “WHAT IS CLIMATE?””