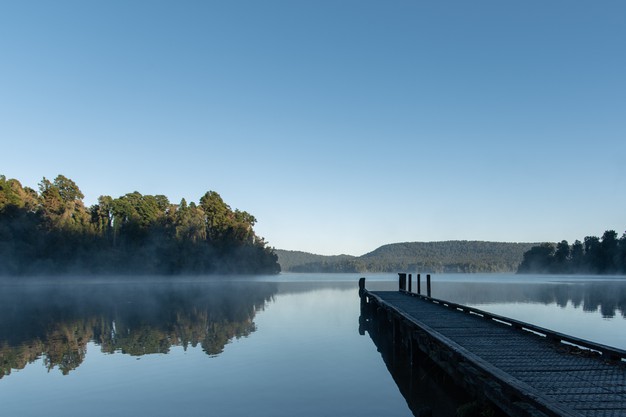 Are jurists able to deliberate climate cases? That was a question asked by Ron Clutz in a recent post (22.Dec.2017): “How many other jurists have prepared themselves for this battleground?”, referring to a discussion by Jason Scott Johnson, et al; Global Warming Advocacy Science: A Cross Examination (2010, PDF, 80 p). A very recent defamation case the court showed strength by calling the article “a poorly written opinion piece that offers views on conventional climate science”. The case was dismissed. The clear verdict was released on February 13, 2018, (Judgement ca. 23p) based on the following circumstances.
The Supreme Court in British Columbia/Canada had to handle a dispute between a climate warm-monger, Andrew Weaver (plaintiff), and on the other hand a climate skeptic Timothy (Tim) Ball (defendant). Both are Professors and well versed in the climate research field since long. Now the plaintiff required damage for defamation by a Tim Ball article on January 10, 2011, entitled: „Corruption of Climate Science Has Created 30 Lost Years”. (full text: Judgment – Schedule A – p. 20-22).

Whether the Judge, Mr Justice Skolrood, has any in-depth knowledge about the climate change debate is hardly to say.

Presumably not. His reasoning shows the professional capability of careful reading and analysis. Without calling in experts for cross-examination (Judgement p. 6/7), he made, inter alia, the general observations:
[60]“… despite Dr. Ball’s history as an academic and a scientist, the Article is rife with errors and inaccuracies, which suggests a lack of attention to detail on Dr. Ball’s part, if not an indifference to the truth.”
[63]”…that people read a 45-year-old text on climate science written by Professor Hubert Lamb”.
[64] “Overall, even as an opinion piece, the Article presents as poorly written and it provides little in the way of credible support for Dr. Ball’s thesis”.
Reading through the huge blog-share on climate change matters, what percentage of posts, whether pro or contra, would be characterized similar? The number would surely be high, but to what effect? Improve the climate change debate?
Prof. Tim Ball’s reaction at WUWT (14. Feb) offers little hope. His post starts as it follows:
I am extremely grateful for the judgment of a complete dismissal in the lawsuit brought against me by Andrew Weaver. It is a victory for free speech and a blow against the use of the law to silence people. As with all events, there is so much more that rarely receives attention yet is essential to understanding and improving conditions in the future.
This statement ignores the principle damage done to science in general and him in particular. The claim was rejected because of his ‘meaningless’ chatter, presumably not worse than those of Andrew Weaver. Tim Ball is certainly a serious man, but the Judge had not to look at that, but only to identify a case of defamation, which he not rejected entirely, saying:
[83] “….While the Article is derogatory of Dr. Weaver, it is not defamatory, in that the impugned words do not genuinely threaten Dr. Weaver’s reputation in the minds of reasonable thoughtful and informed readers”
What a blow, at least in this case. Let us end the discussion at this point, with the  reminder that this blog challenged Tim Ball twice concerning the meaning of the term climate; HERE in July/2015,  HERE October/2015, and
HERE January/2018. When emphasise “that he has taught science for the last 30 years”, which means since 1981, he should have realized that all sections of scince is talking about climate but not able to ensure that the use of the word ‘climate’ is based on reasonable scientific definitions. Lamb and Hare (see Figures) stressed that Cliamte used to be a layman’s term.
Whether jurists are able to say something about global warming, may be only secondary to experienced judicial deliberation, which the Supreme Court in British Columbia could demonstrate in the case Weaver vs Ball fairly well

F. Kenneth Hare (1919-2002) on: DEFINITIONS OF CLIMATE
CANADA’S MOST DISTINGUISHED GEOGRAPHER AND CLIMATOLOGISTS,
THE LATE PROFESSOR F. KENNETH HARE, EXPLAINED  THAT CLIMATE
WAS A LAYMAN’S WORD, AND THAT THE PROFESSIONAL USE IS STILL ERRATIC
Extract from section: Climatic Variability and Change (ca. 1984)*
“The word climate is often seen as ambiguous, because of confusion with related words like weather, or vague climatic conditions. In fact it is capable of fairly exact definition. In recent years, moreover, public usage seems to have moved closer to that of the professional.
In lay usage, climate usually stands for the expectation of weather on time-scales comparable with a human lifetime; it is the layman’s sense of the sequence of weather he or she may expect at a given locality. As such it governs countless daily decisions, from choice of personal clothing to the work calendar of the farmer. Habitually this expectation is taken for granted. Only when unexpected weather occurs does the ordinary citizen become acutely aware of the stresses that the atmosphere’s behaviour can bringsometimes to the point where the question is asked (as it is below): `is the climate changing?’ This question arises from the suspicion that recent weather lies outside normal expectation, that is, outside the present climate.
Professional usage is still erratic, but usually starts with the same idea of expectation. It is assumed
that a climate exists at any given moment; and
that the integrated experience of the recent past specifies this climate.
We tend to assume that the near future will resemble this recent past. For lack of any better guide we accept a dictum attributed to Whitehead: how the past perishes is how the future becomes. We think it highly probable that past experience will repeat itself. In effect, we assume that the climate of today will endure for an undefined period.”
*) F. Kenneth Hare; ca. 1984; Climatic Variability and Change,  “SCOPE 27 Climate Impact Assessment – Studies of the Interaction of Climate and Society”,   Preface by: ROBERT W. KATES;  available via: https://de.scribd.com/document/85685254/Climate-Impact-Assessment-10-1-1-123