A severe rise in temperature occurred out of the blue north of the European continent in 1918. With the end of the Little Ice Age (~ 1850), and after Krakatoa’s volcanic dust had disappeared from the global skies (~ mid-1880), global temperatures had started to rise significantly and steadily. The turn to warming can be largely attributed to less and almost insignificant volcano activity since the second half of the 19th century. Had the earth been free of any industrialized civilisation, the temperatures would have risen constantly. This process would have been reversed one day, when a mighty volcano, meteorite or an oceanic current change would have altered the course of the climate towards a colder world. But the earth has a civilisation that may have interfered. And it did. A number of states waged a war at sea in Northern European waters from 1914-1918. Suddenly the temperatures at Spitsbergen received a big boost. The Norwegian Arctic island Spitsbergen had the same air temperatures as Berlin in January 1919. Had that been caused by a war at sea taking place further in the south? The answer will be ‘yes’. The question is only how did it happen and how to prove it? 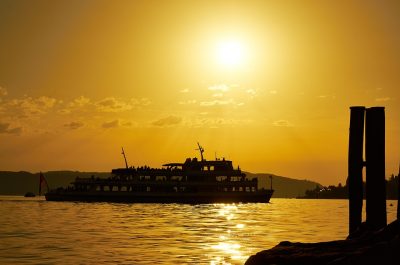