Any reasonable academic would agree that unequivocal terminology matters. The Intergovernmental   Panel on Climate Change (IPCC) seems no exception as their 55 pages long Glossary (IPCC SR1.5- 2019) 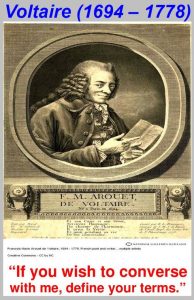 But if it comes to the central terms in the climate change debate, Climate & Global Warming, the terminology is a shame. The former subject is a lasting story since the debate started in the 1970/80s, the warming issues has a shorter history and substantially changed very recently. Firstly a few words on the term: climate.

Hubert Horace Lamb (1913 – 1997) founder of the School of Environmental Sciences at the University of East Anglia experienced ‘climatology’ as the mere dry-as-dust bookkeeping end of meteorology up to the 1950 (NATURE, 1992), The rule was simple: “Climate is the average weather”. It was a layman term since ancient times, And what has changed? The text is longer with little substance, as the IPCC-Glossary is silent on the meaning of ‘weather’. IPCC (and WMO) tell us, that they want to handle weather as “statistical description in terms of the mean and variability of relevant quantities over a period of time ranging from months to thousands or millions of years”. And it gets worst when the last sentence of their definition states that “Climate in a wider sense is the state, including a statistical description, of the climate system.”  It is absolute meaningless for any scientific work or as basis  for any discussion with the general public and politicians. According the AMS-Glossary ‘weather’ presumably consists of up to several hundred parameters or descriptions. More details HERE 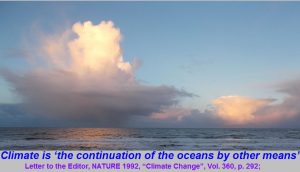 and HERE.The current AMS explanation is as it follows (bold and color RED added):

The explanation is an insufficient tool to present what climate is, at least it is not a reasonable mean to discuss the matter with the general public or as a tool in scientific work.  Once a ‘possible condition’ is transformed into a statistic, it remains a statistic.

A previous IPCC explanation (about 2001) was: Global warming is an observed or projected increase in global average temperature. It is not a very smart definition, but so far so good. Temperature is only one of the “100 possible present weather conditions”, and certainly not ‘climate’. But a clear language seems not good enough for IPCC. In the most recent report “1.5°C report” [IPCC SR1.5, 2018] the Summary for Policymakers explains:

Present level of global warming is defined as the average of a 30-year period centered on 2017 assuming the recent rate of warming continues. (Footnote 5);

While the Glossary states:

Global warming
An increase in global mean surface temperature (GMST) averaged over a 30-year period, relative to 1850-1900 unless otherwise specified. For periods shorter than 30 years, global warming refers to the estimated average temperature over the 30 years centred on that shorter period, accounting for the impact of any temperature fluctuations or trend within those 30 years. 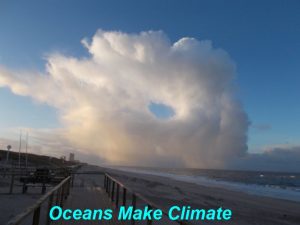 What should one make of such gibberish? It explains nothing and contributes greatly to misunderstandings. At least that seems to be the case with Dr. David Whitehouse in his recent post on: “Moving The Goal Posts: IPCC Secretly Redefines What ‘Climate’ Means” at The GWPF  and WUWT, where he blends the IPCC’s “explanations“ on global warming with those on climate.

The mainstream definition of climate is incomplete (what is weather?), illogical, and without scientific value (e.g. millions of years). But as a layman’s term its use in the climate change debate is highly sufficient to scare politicians and the general public. Now a simple explanation of “temperature rise” is either catapulted into nonsense as David Whitehouse observed:

We have observational temperature data for the past 15 years but, of course, none for the next 15 years. However, never let it be said that the absence of data is a problem for inventive climate scientists.

It seems that our ancestors could think and explain better: “If you wish to converse with me, define your terms.” (Voltaire, 1694 – 1778)