Can Greta Thunberg and pupils
explain to politics what
science itself cannot define?

The fact is certain. Global temperatures have increased in the past 150 years. There is no need for science to determine this. A 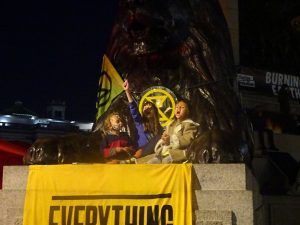 few dozen thermometers read daily and recorded statistically would prove it.
Now several 10,000 scientists are active, at the cost of several billion, tirelessly claiming that the warming is mainly related to the higher, man-made, CO2 (carbon dioxide). This is possible to a percentage, but it can also be seriously wrong. More than an assertion, although based on a logical assumption (greenhouse-effect) it is not.

In a recent paper (Drotos et al., Jan. 2020), scientists
determine the climate sensitivity to CO2 is
“practically zero” the more the concentration
rises. A ~4450 ppm CO2 concentration has
cooler climates than observed in the
pre-industrial (278 ppm) era. 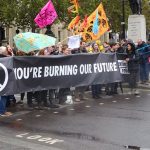 The current climate hysteria has a cause. Climate science doesn’t know what it’s talking about. She talks about the ”climate” but is unable to say what it is and to define the term scientifically.

Now she even supports students like Greta Thunberg and the Fridays for Future movements to put pressure on politics for more money and political influence in favor of science. [See: https://scientistsforfuture.org/]

Climate science is perhaps the greatest threat to protecting global nature from the dangerous effects of human activity because it does not understand important parameters of global processes and ignores them. See an article from 1993:

Warming up — Science or climate?

L.O.S. Lieder it 28, Vol. 5, January 1993,
Professional correspondence from the Law of the Sea Institute,
William S. Richardson School of Law, University of Hawaii. 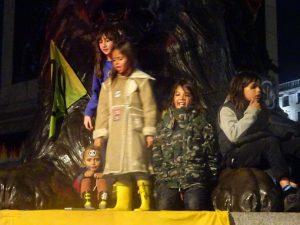 The climatic change issue has recently become one of the most serious challenges facing humankind. As L.O.S. Lieder insists on brevity, even though this issue deserves to be discussed at length, I beg your forgiveness for formulating my thesis directly and perhaps somewhat dramatically: climatic specialists and those people who have contributed to recent debates are possibly as much of a threat to the climate as the pollution caused by industrialization. For almost one hundred years, science has failed to realize that climate and the oceans are one and the same thing. As a result, the 1982 U.N. Convention on the Law of the Sea, the only true treaty dealing with climatic change issues, was thwarted the moment it came into effect over ten years ago.

Although climate should long ago have been defined as “the continuation of the ocean by other means,” the Framework 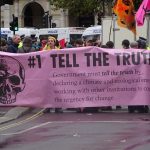 Convention on Climate Change of June 1992 came up with an alternate definition: “The totality of the atmosphere, hydrosphere, biosphere and geosphere and their interactions.” What this all boils down to is that climate is nature working in all its forms – a nonsensical definition and useless as a basis for legal regulations.

As recently as 1990, the Intergovernmental Panel on Climate Change (IPCC) came to the conclusion that CO2 was altering the climate and that “understanding and detecting the earth’s climate system must surely be the greatest scientific challenge yet to be faced by humankind. It is a worthy banner under which the nations of the world can unite” (IPCC 1990, Working Group I, p. 328). Certainly, it is  not a bad thing for science. The 1992 Earth Summit resulted

in an unprecedented success for the scientists working in the climatic area, forcing politicians to listen to them and paving the way for greater financial backing in an effort to understand and come to terms with the climate system. 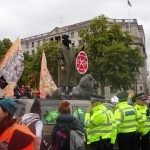 Yet, what is good for scientists is not necessarily good for the climate. The simple fact of the matter is that meteorology has never been particularly inter­ested in climate except for statistical purposes, defining it as the average weather over a given period of time. On the other hand, there are the mathematicians, physicists and chemists, who do little more than apply their laboratory findings, theoretical conclusions and abstract calculations performed on greenhouse gases to a real natural system with little regard for the true essence of climate.

But while the seas continue to influence the climate, science is staring into the air (or, to be more precise, the atmosphere) in an attempt to find out what makes the climate tick. What is more, scientists have misled the international community of nations by claiming that greenhouse gases are the actual cause of climate change. This may yet prove to be the real tragedy of the climate change issue. After all, the oceans are still the part of the world about which the least is known. There is neither an “inventory” of the oceans nor an observation system. What is even sadder is that climate is still far from being acknowledged as the blue print of the oceans. 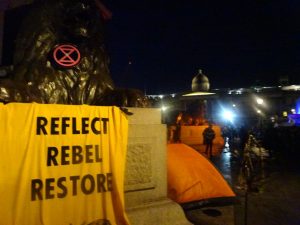 So beware of IPCC’s call for unification in its attempt to come to terms with the climate. The climatic change issue is far too serious a matter to leave to those who should have known better for many decades and who were not interested in or aware of matters relating to the oceans. It is high time to enforce what is by far the best convention for under­standing and protecting the climate — the 1982 U.N. Convention on the Law of the Sea — before it is too late. After all, it is the first global constitution and would therefore compel humankind to ensure that the planet remains a place worth living in. There is no need to “detect the earth’s climate” and even less is there a need for a banner to serve IPCC’s “greatest scientific challenge.”-

Arnd Bernaerts, 1993 in ‘L.O.S. Lieder’ of the Law of the Sea Institute,
William S. Richardson School of Law; University of Hawaii]
Text available at
http://www.whatisclimate.com/1993-LOS-warming-up-science-or-climate.html