About Right and Fake Facts and About Ignorance 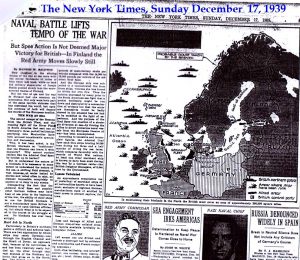 rolling back of the Obama administration’s climate agenda. Eight decades ago the German Reichskanzler Adolf Hitler, endangered the entire planet with a huge military machinery, by starting World War II on September 01, 1939.  Only three months later, since early December 1939, weather in Europe started to run amok, resulting in the coldest winter across the continent since the 20th Century, in many part for more than 100 to 120 years. The inevitable conclusion would link Hitler’s criminal activities to the extraordinary weather, due to war activities on weather conditions. 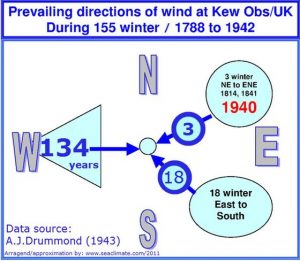 Nowadays the planet face, inter alias, CO2, the gas alleged to warm-up the atmosphere. Only a couple of days ago, at a Conference in Katowice, Poland, delegates from more than 190 nations, clapping and cheering, whooping and weeping, rose to celebrate the Paris Agreement — the first genuinely collective response to the mounting threat of global warming. The NYT Editorial regards this as essential to save the planet, opposing the United States President Donald Trump’s destructive, retrograde climate policies, and for doing virtually nothing to move to a more responsible energy future — and for not doing so at just the moment when the world needed the kind of leadership.

The matter is delicate, as it might raise the question of what are in this case the right and the

fake facts. To be very clear, the NYT is (with a few other newspapers) a shining example in the search for true facts. An NYT masterpiece was the reporting from Europe in the first two years of the war, until the US entered the war on December 7, 1941 after the Japanese attack on Pearl Harbor. The news cover was extended and included reporting on the extreme winter conditions in Europe (and elsewhere), which was of importance, because all war parties forbid any weather reports immediately. Thus the NYT weather information from 1st September 1939 to the end of 1941 is invaluable. They can be regarded as true facts. A few are listed below or shown in the attached images.

Without a doubt, the quoted NYT Editorial is also based entirely on true facts. But the huge difference 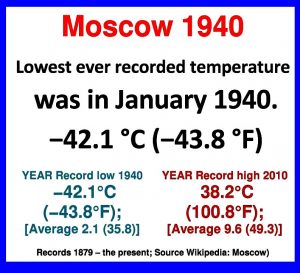 between the WWII reporting and the Editorial is that the former were true observations, the latter are reports on what climate sciences ‘presents’ to politics and the general public. Weather this is true or wrong is not necessarily news-paper business, in a narrow sense!  In a wider sense it is. In the media world an essential aspect is ‘investigative journalism’, which means –inter alia- trying to discover information and truth of public interest. The reporting of the NYT in late 1939 until Pearl Harbor provides ample incentives to investigate the three harsh war winters than.

And here the media might fail.  If the lashing release of carbon dioxide (CO2) over a time period of several decades shall be responsible for a global warming, is it a basic journalistic obligation to require a convincing answer on what cause the sudden ice-age winter 1939/40, and whether Kanzler Adolf Hitler’s war machinery has anything to do with it. This is not so much a question whether Hitler could be blamed as the first ‘climate change criminal’, but foremost whether man was able to influence the weather and climate by naval war (or other war activities) in such a brief period of September to winter 1939/40. The general public needs to know, what can cause anthropogenic climatic changes, and the media should ask such question whenever facts are available requiring an answer. For the NYT their own reporting provide enough ‘true facts’, which cannot be ignored, of which some is enlisted hereafter.

December 1, 1939: The quite distinct Atlantic frontal zone of the last few days is disintegrating.

Significant for all comments is that they talk about: ‘could, should, or would’, but a case of normal Westerlies (west-wind- 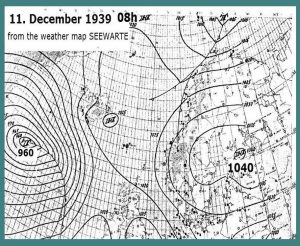 drift) never materialized for long, as the two days from 29/11 to 01/12 show.  Although a highly interesting bit of information, the matter is still not discussed in scientific literature, although it could have contributed significantly to the study of “blocking mechanism”. In summary the expectations of the weather analyst for ‘lively cyclone activities’ did not materialize itself. Seawater temperature changes by devastating war machinery were not imaginable to weathermen at that time.

It remains to mention the fine analysis by the Neue Zürcher Zeitung (NZZ, January 14, 1940) on the development of cold conditions in Europe after only three months into the war:

„Severe cold which flooded the whole of Europe in the course of this week was by no means an accidental phenomenon that set in surprisingly. It rather constitutes the peak of a development which had its beginning in the first week of December. Towards its end high pressure began to stabilize in North and Middle Europe, keeping away the low Atlantic cyclones from the continent and diverting them mainly through Greenland and Iceland waters to the Sea….As soon as occasional Atlantic depressions moved East through the North Sea and Baltic, they were immediately replaced by the entry of cold air from the Greenland area.”

What the analyst missed is the fact that the blocking of the Westerlies (WWD) started already in September, while the 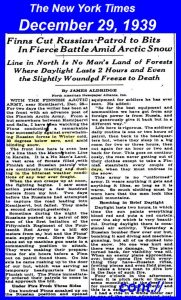 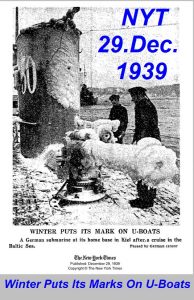 development since the first week of December’ is not the beginning, but nearly the end of the blocking process.

Extract from
Chapter 6, Section b
The New York Times reported

In January 1940 the war intensified. The horror was thoroughly reported by the NYT.

NOTE: The winter 1939/40 marked the begining of a period of global cooling,
which lasted until the mid-1970s. 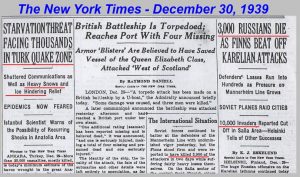 It would be sad to discover one day that the planets climatic weather and climate system was and is imperiled due to ignorance. The Earth precarious position may be due to the narrow discussions in Paris (Nov.2015) and Katowice (Dec.2018). They both left unanswered and unexamined the “true facts on weather and climatic conditions” almost eight decades ago, even though the NYT reported about them during the WWII thoroughly.

With regard to the NYT-Editorial title “Trump Imperils the Planet” there is wide agreement that this could be the case in many respects. Meanwhile the record on who is on the true site of facts, and who is on the fake site of facts, is easy to prove. But when it comes to ignorance on climate change matters, more progress in climate science may proof that ignorance had been prevalent on both sites. What a horror to learn one day that Donald Trump’s was not completely wrong.

How shocking it would be to learn one day that the NYT failed for not  pursuing  committed enough to “discover information and truth of public interest” (investigative journalism) namely with regard to:  What role played WWII in the extreme winters 19390/40 to 1941/42 and the global cooling from 1940 to the mid-1970s.